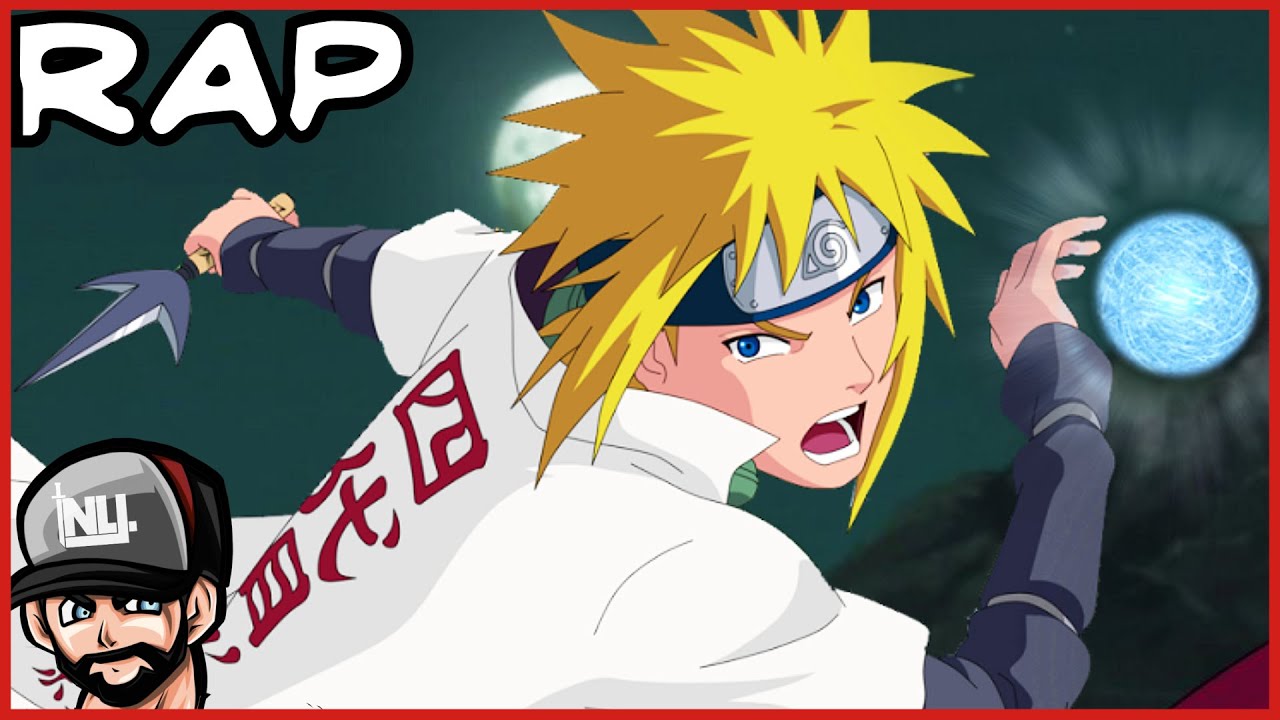 Which Naruto character should I rap about next? Is Minato your favorite? Let me know in the comments!

►Thank you to my patreon supporters! Get ad-free videos, tracks before anyone else and exclusive rewards: patreon.com/nonelikejoshua

Ninjas running when they see me coming
like they clutching a lightning rod, and I struck every single one of em
The quickest Thunder god and I fight them all like it was nothing, cause
I’m teleporting any number of tailed beasts that you summon


4th hokage, yeah you know my face when you look up on that rock and that’s the
only Minato that you would want to chase if we had fought.
I’m moving from point A to Killer B, faster than lightning or rhyming
you spit at me. See why Raikage just gave me all the props?

Slow it down
No I won’t ever concede unless it’s Kushina
cause that’s the only way we could conceive my only true infant and
I can move in miles per second, but I’ll let her do the speaking cause
you know that death won’t fully catch up with my jutsu See you soon, my son.

I’ll be back in a Yellow Flash, seconds running fast
when I finish my attack that you’re never gonna grasp if a
Ninja want to stab me, see the fire from the back?
then you’re gonna feel the burn whenever fire shadow mad
see me gone before you want to even ask “who was that?”
I’m examining your speed so you’re never gonna pass
no Kakashi couldn’t comprehend it in class

If my seal is on you, then you marked to die
Ain’t nowhere to run, and nowhere to hide
That’s why my only hand sign is my wave goodbye

Theyg gonna regret when I rise from the dead or
with 2nd hokage and I fight together
man, Obito, thought that I taught you my lecture

when I killed 1000 who never surrendered

moving so fast from the past, you’ll remember
the rasengan, but Naruto makes it better
we the village defenders

So fly like a raijin
If you want to fight
you better mind your timing
or you dying from the kunai right into your eyelids
no the kamui is nothing
I surprise you from behind and then the nine tails
summoning, I gave it to my son to see him
rise above the ninjas
Don’t cry or wish that I’m alive so
we can stop another war, you know we got to try
I don’t even need my arm if we can bring on their demise

Don’t talk to me or my son or my shadow clones
see you want to harm the fam, I’ll be there when I have to throw
a seal within a matter of seconds, you make the battle slow
I ain’t got the time to show I am the fastest shinobi,

Slow it down
No
Give me one place or time
I can move within a given
space in a line
then I’m throwing out my kunai
can you guess when I arrive?
man you already died
You try to be a jerk
instead of doing teamwork and
so your dream will meet the dirt

Naruto, I’ve taught you for the village future
Now I got to rest in peace,

I’ll be sure to meet you in the pure!

If my seal is on you, then you marked to die
Ain’t nowhere to run, and nowhere to hide
That’s why my only hand sign is my wave goodbye

Synopsis: Minato Namikaze (波風ミナト) or the 4th hokage (四代目火影) or Yellow Flash of the Hidden leaf or Konahagakure was the father of naruto uzumaki (ナルト) in the naruto anime and naruto shippuden anime. Namikaze minato and kushina were the parents of naruto. Minato was the sensei of kakashi and obito, and later on as minato hokage, it was minato vs obito and naruto and minato vs madara and eventually naruto vs sasuke. In an alternate timeline, like a naruto fanfiction, minato kushina never died and lived with naruto sasuke and other naruto characters in some naruto episodes. Minato is the grandfather of boruto in the naruto boruto episodes. If you enjoy cosplay, read manga, download anime, like naruto song or naruto opening, or watch anime online, this is the best anime.