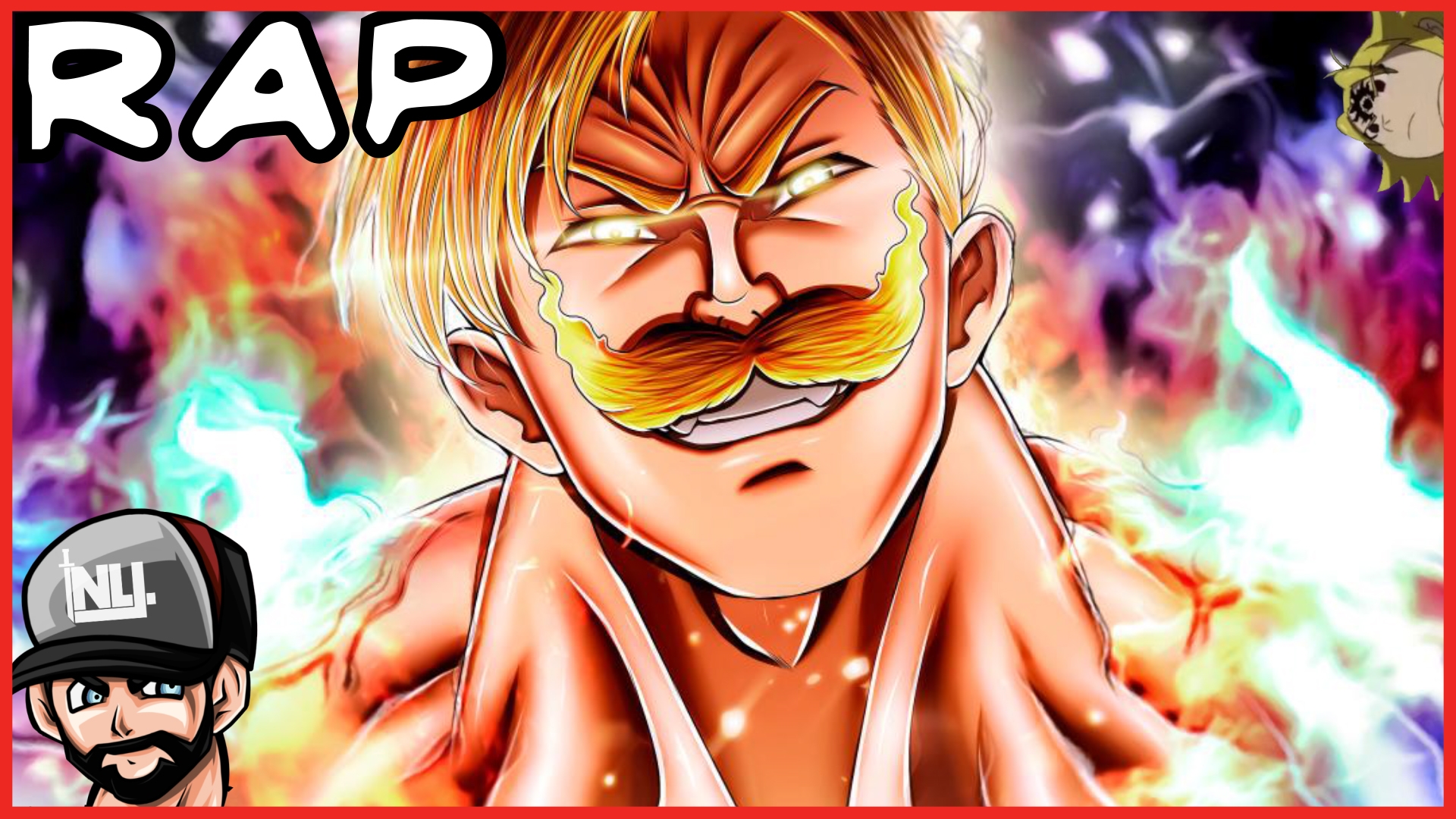 Synopsis : The Seven Deadly Sins is a Japanese fantasy manga series written and illustrated by Nakaba Suzuki. It was serialized in Kodansha’s Weekly Shōnen Magazine from October 2012 to March 2020, with the chapters collected into forty-one tankōbon volumes. Escanor, also known as The One and the Lion Sin of Pride, is one of the main protagonists of the anime/manga/light novel series The Seven Deadly Sins. He is a member of the Seven Deadly Sins, and is considered the most powerful of their ranks.

Last you had heard, I was weak in the night
But I plan to reach new peaks of my might
With an infrared vision that I bring to a fight
Now enemies feel the heat on sight
Angels with wings and demons in flight
Bring em down with the smoke and forever sleep tight
Then the axe comes out: guillotined till you died
Servin marks of Rhitta, a barkeep with the pride
Push me to the limit, then you’ll see the shirt is off
I don’t even need a weapon just to make you hurt a lot
See me grow into a man you were sure would flop
Now you can’t fit this perfect human in a perfect box
Lost in vain? My sword will find and scourge
So are you questioning my strength? Then I’ll make it your concern
Every shot that you take, I don’t even got to swerve
When I hit you in the face, it’s like I’m punchin toddlers

This box ain’t big enough
So I’ve got to end your turn
It’s high noon, look
Better draw your weapon first
I’m a candle to a child
And today you’re gonna learn
If you come too close
Then you’re bound to get burned
I’m sensing all your fear
Cause the climate’s surely changin
From the cruelest sun that’s here
So your whole world is fading
But you think you’re still better?
No, my core is never breakin
I’m built different, boy
You’re poorly animated

I am the one
Crueler than suns
Here to end you

I am the one
Second to none
Here to end you

I was born walkin on the sun
Your nebula is nothin to my solar system
Judging by your height, I can’t be looked down upon
Kill you with my finger, showing I’m number one
Use the same technique on my magic woman
Why you think she stick around even when I’m done
And the moon’s comin up
And I’ve already shrunk
You were dating goth chicks
Well I make em all run

Anyone against me perishes
You think my power is something I’m parroting?
I’ll leave these demons and angels all parentless
Fly towards the sun, and your wings are a pair of shit
Pride of a lion so I know you’re scared of this
Hunting you down with explosions like terrorists
Humility? Peasant, I don’t know where it is
You can all crown me the king of arrogance

I used to ask myself
How am I to win?
When the darkness will fall
And my body’s weak and thin
But then I see the light
In the midst of all the grim
I make em beg for pity
And repent for the sins
So look up in the sky
It’s time I fight back
How’s it look from up here
From my sunny view you ask?
Looks like I’ll tan your hide
With the sun in my attack
You said that I would die
Who decided that?

I am the one
Crueler than suns
Here to end you

I am the one
Second to none
Here to end you