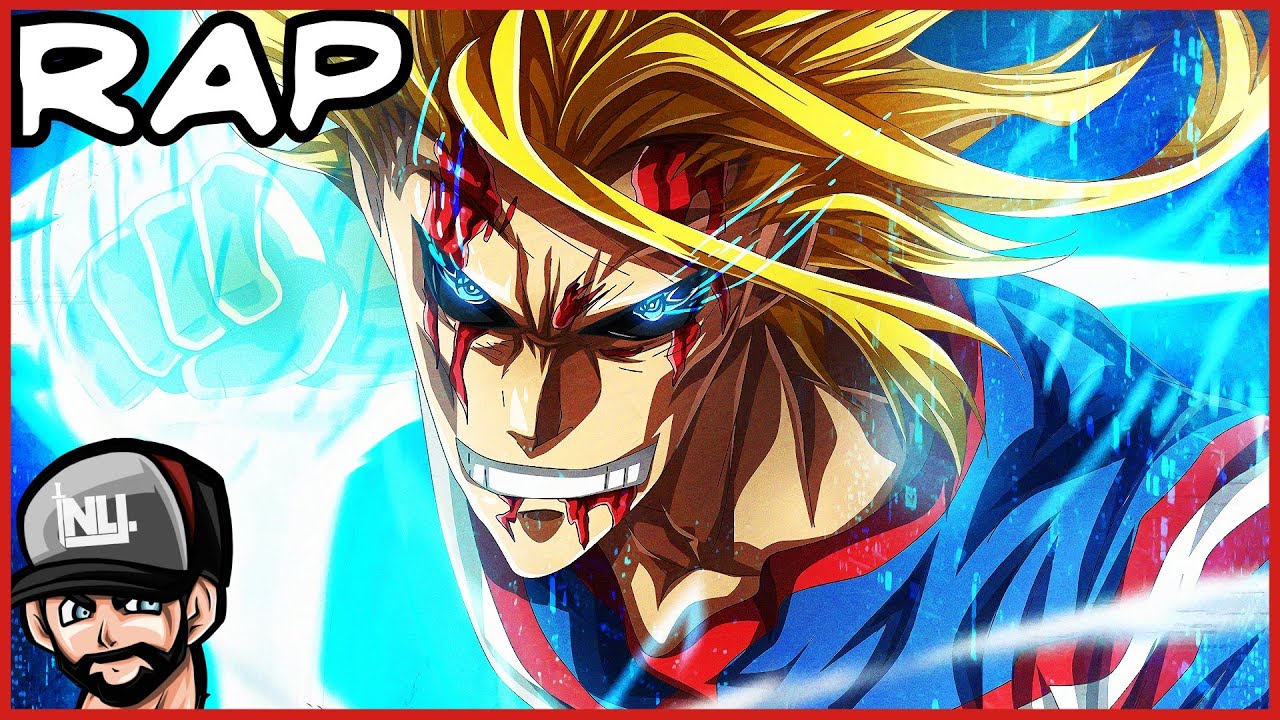 ► Use JOSHUA20 and get 20% off Displate art: displate.com/ddjvigo/red-sun-collection?merch=5b80a0c1ce482
►Download link is coming soon, so hit that replay till then!
►Subscribe for more epic raps: youtube.com/nonelikejoshua
►Soundcloud: soundcloud.com/nonelikejoshua/all-might
►Instrumental by Tyler Clark:

►Get tracks before anyone else, ad-free videos, and exclusive rewards: patreon.com/nonelikejoshua

In my true form, there’s nothing that I’m proud of
With my wounds torn open, I was drownin
All this brute force just to put a smile on
Will I lose a war? I don’t know the outcome

in my true form, I was never powerful
Used to rescue more people by the thousands
cause I fully swore never back down but
I was losin hope till the day I found ya

in my true form, I was filled with doubt
till the day Sludge Villain came and tried to kill you now
I was thrilled how the silver lining’s shining in the clouds
you were willing to show us what a hero’s still about

running drills, climbing hills on for miles
now your skills are turned around, with the One For All endowed

Who’s next?
you’re next
Detroit Smash

Who’s next?
You’re next
You’ll become the greatest hero

Got to go beyond plus ultra
yeah I’m on the top, but the world’s on my shoulders
till I transform, they can think I’m invulnerable
yeah I’m number one, secretly the eighth holder

Countin down the minutes till I’m finished
Now the League of Villains wishin that my quirk was never given
How I’m spittin harder as the blood emits with every sentence so
Nomu, I’ma show your body isn’t shock resistant
Every blow is goin through you till you start defying physics

and All for One, I’ma stop your evil deeds with the strongest punch
Yeah Grand Torino taught me all the speed that I need before you flee the scene, let me charge it up
symbol of peace to defeat an enemy with any means and even if my hero job is done
pushin every limit to the brink of being deceased but I got to lead young Midoriya

so it’s not a bluff
I could make it rain when the sky is struck
raze a whole block with my arm thrust
no, I’m never gonna call it luck

Who’s next?
You’re next
You’ll become the greatest hero

in my true form, I don’t have a doubt
that you’ll do more than I did now
you’re a new storm brewing with the clouds
as my students learn how to be devout

to peace and justice, try to make a path
for the people you must, as we fight to save the mass so
be the one who will light the same match
as we beat – them up with
United States Smash